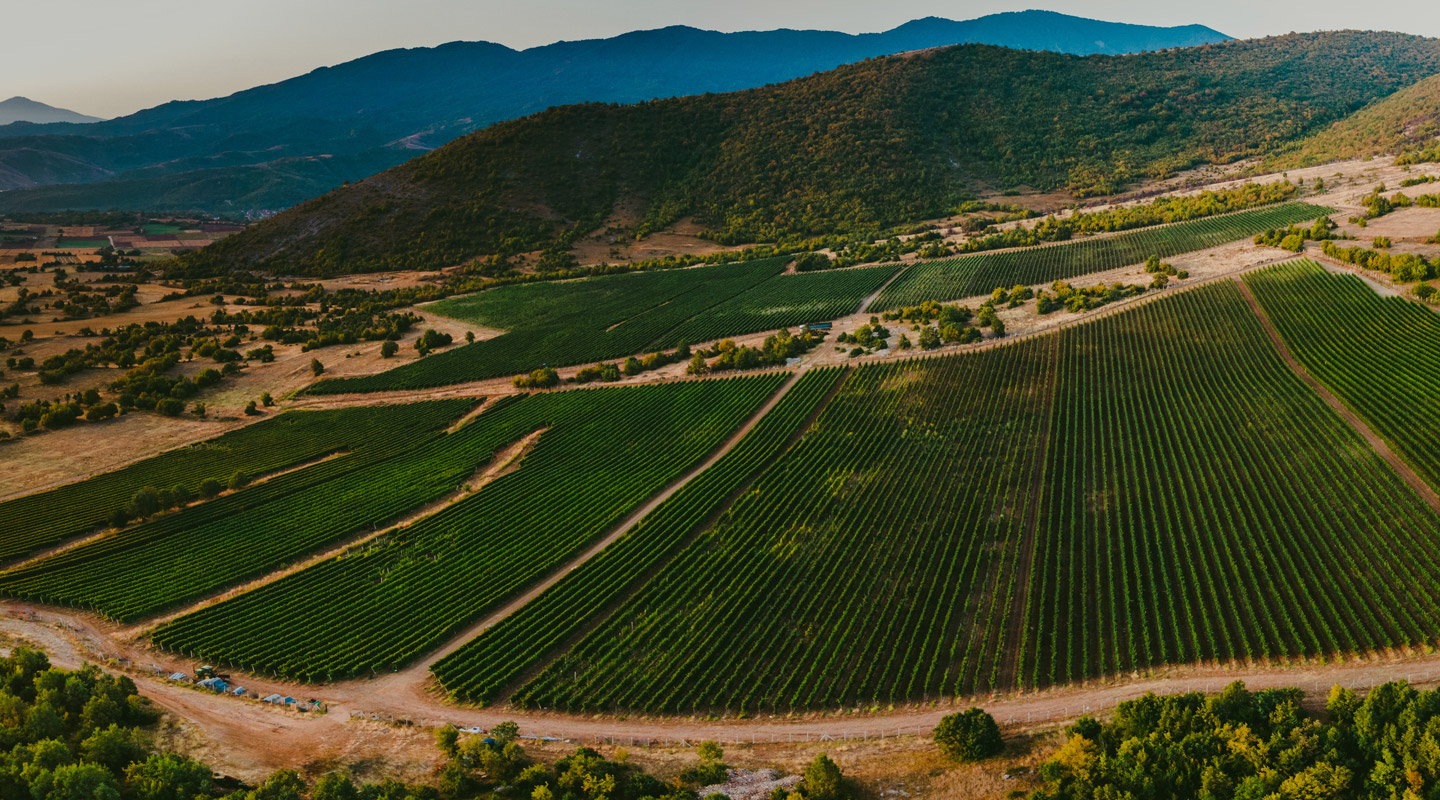 The cultivation of the vineyard follows the standards of the Integrated Crop Management System (Agro 2-1/2.2). In respecting the vineyard’s biodiversity, we achieve the qualitative development of the raw materials, while at the same time reducing our environmental footprint.

Winter 2019-2020 was mild with minimal snowfall and no severe weather events. 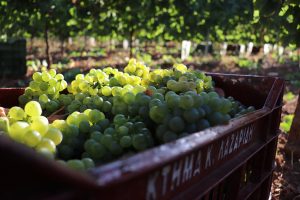 March went by smoothly and this contributed to the normal growth of the buds in early April. Rainfall in Drama prefecture during the last 10 days of May did not affect the areas where the vineyards are located, as the crucial flowering stage was completed with no issues.

The usual June and July rains did not adversely affect the health of the grapes. After completing the green harvest (where deemed desirable), the vines came to an ideal balance of leaf area and amount of production.

The lack of high temperatures, especially after mid-July, and the ideal temperatures of August helped the even ripening of the grapes, maintaining their intense aromatic profile and acidity at a desired level.

The harvest started on August 17, confirming the estimates of a late-ripening year accompanied by balanced temperatures with no heat waves or heavy rainfall. The harvest was completed with no issues on October 9.

Due to the climatic conditions; 2020 is a late-ripening year by the standards of the Drama region, which favoured the aromatic intensity, the freshness of the aromas and the acidity. The harvest started with Sauvignon Blanc in Adriani and continued with Chardonnay, Merlot, Semillon, Syrah and Assyrtiko. Sauvignon Blanc from the mountainous vineyard of Katafyto followed in late-September and Malagousia was picked from the same area in early-October. The harvest was completed with Cabernet Sauvignon in Kali Vrysi. 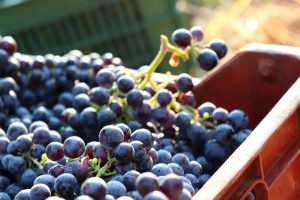 All varieties were hand-picked.

As a result, the white wines produced have quite an aromatic intensity with a good acidity and very good structure.

This year’s red wines are characterised by a fresh, fruity, aromatic potential, good colour intensity, as well as good concentration. The ripe tannins combined with the wines’ structure create a very well-balanced result.

In summary, 2020 appears to have all the guarantees to surpass the exceptional harvest of 2019, which has been established with the 22 gold medals the Domaine Costa Lazaridi wines have won in 8 of the largest international wine competitions.

The year 2020 progressed relatively smoothly, at least in terms of the growing cycle. 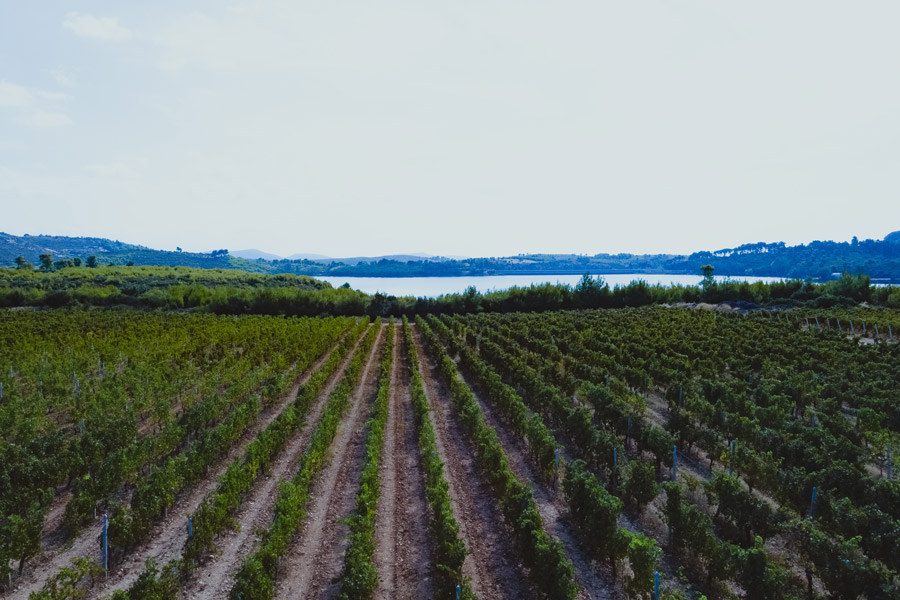 It was apparent that it would be a late-ripening year from the beginning. This was confirmed by the bud break date, as well as the flowering date. Spring rainfall was at normal levels with no excess rains. During summer, there were 2-3 small rainfalls, which could only be described as positive, as they helped the plants to last until harvest. Temperatures were close to 34-35⁰, which could be characterised as very good for the Attica region, since they are usually higher. Production-wise, Cabernet and Agiorgitiko were within the average for the decade, while Syrah was slightly lower, possibly affected by some rainfall in late-May.

Due to the drought and mild temperatures, as well as the lack of stress from disease, the harvest was smooth, while it was also possible to wait until the full phenolic ripeness of the grapes. The grapes were harvested from September 7 to 18. 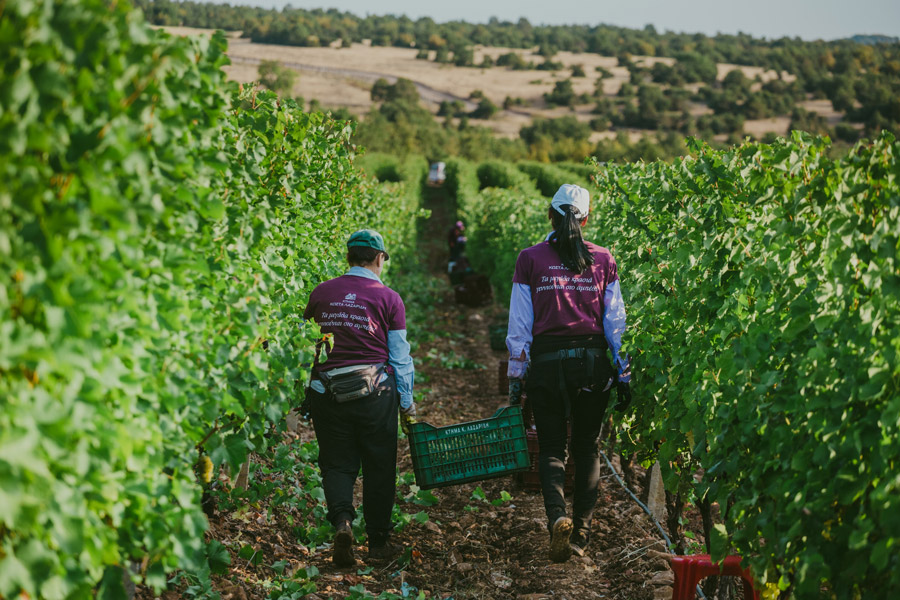 The sugars were slightly lower than usual, which resulted in wines with lower alcohol content. The acidity appears balanced and the tannins are of high quality.

Syrah is very fruity and extroverted from the start, velvety and with a higher acidity than usual.

Agiorgitiko, on the other hand, seems introverted and does not reveal its potential. Slightly more concentrated than other years, it will require patience until it unfolds its talents.

Cabernet is intensely aromatic with a complex character. Rich in tannins, which are, nonetheless, of very high quality, it can only improve by passing through the barrels and further ageing.

In general, we believe that when the wines are released in the market, in approximately 3-years time, they will be showing a very complex aromatic bouquet. In addition, the acidity combined with the high-quality tannins makes them ideal food wines, while giving them, at the same time a long lifespan.

The 2020 harvest is reminiscent of 2005 and 2011, with wines that have a perfect balance between fruitiness, elegance and longevity and will age just as well.

You can find out more about which cookies we are using or switch them off in settings.

This website uses cookies so that we can provide you with the best user experience possible. Cookie information is stored in your browser and performs functions such as recognising you when you return to our website and helping our team to understand which sections of the website you find most interesting and useful.

Strictly Necessary Cookie should be enabled at all times so that we can save your preferences for cookie settings.

If you disable this cookie, we will not be able to save your preferences. This means that every time you visit this website you will need to enable or disable cookies again.